I was part of a team of 3 Baton Bearers at Paternoster Square, which included Simone Callender( Former Commonwealth Judo Champion). We arrived early just to make sure that we were not late for the big occasion. We met with the organisers from the Commonwealth Games team, who explained to us what would be happening and the order of the day.

We were walked to our positions with myself doing the first leg of the walk when the baton arrived by boat at Blackfriars Pier. I was introduced to the Police team who were escorting the baton on it’s journey across the UK, and my personal escort.

The Baton was relayed from Blackfriars Pier to Paternoster Square, next to St Paul’s Cathedral where it joined a free, family-friendly community event. Crowds gathered to have photos with the Baton and try their hand at Commonwealth Games sports including shooting hoops with the London Lions, the capital’s only pro basketball team, and table tennis with charity Greenhouse Sports. Street theatre, live music, and street food were also on offer.

An unforgettable event and a once in a lifetime opportunity which I will treasure! 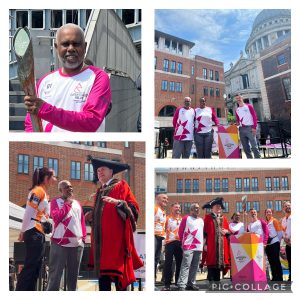 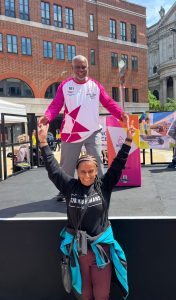 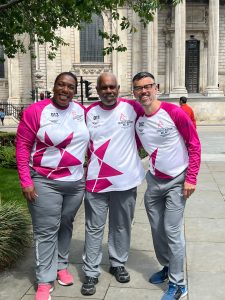