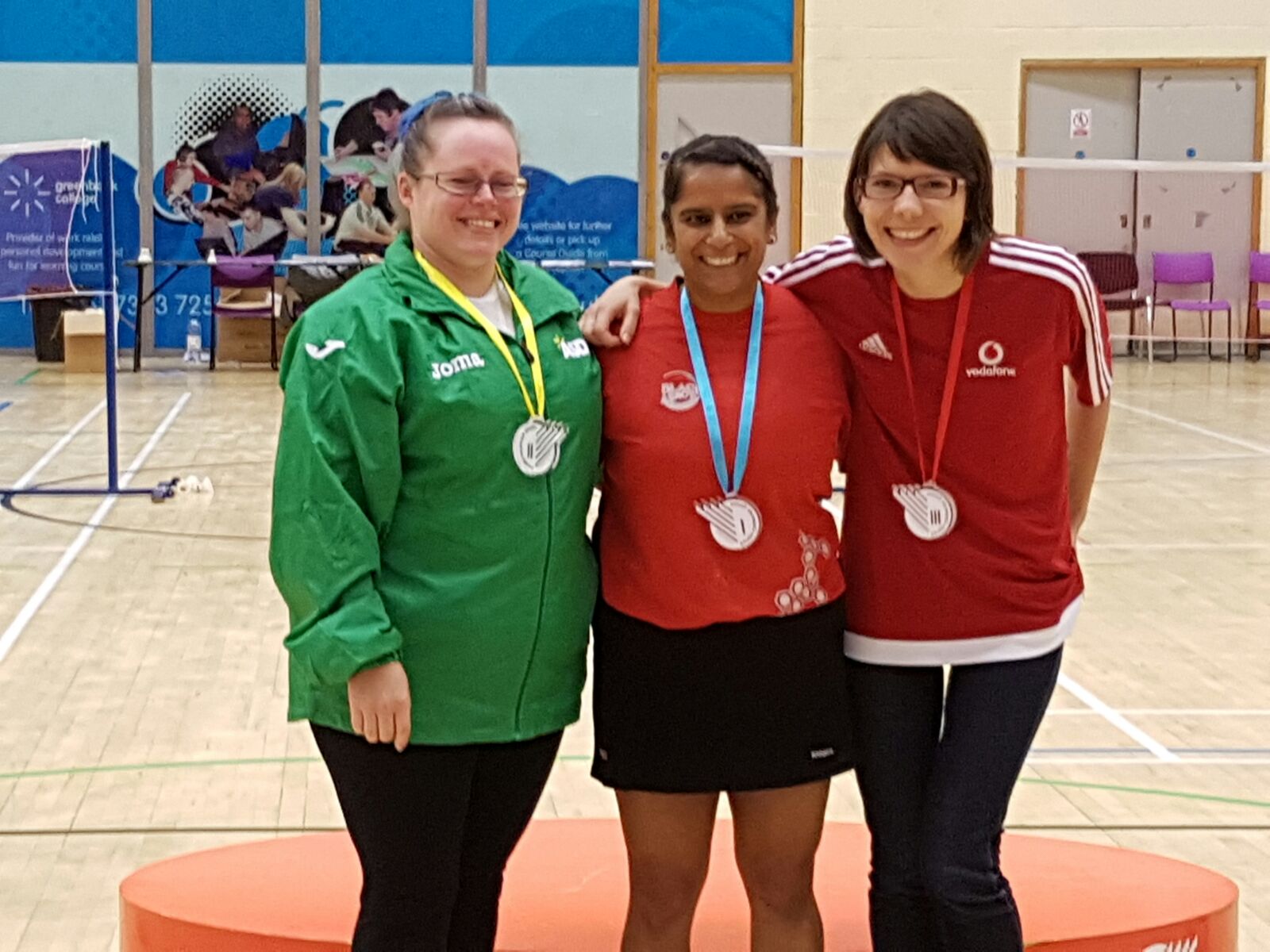 Black Arrows, fielding a team of 3 competed in the Badminton event at the recent 2016 Europe Corporate Games held in Liverpool.

The Europe Corporate Games attracted over 4000  competitors representing 124  organisations, including some of  the UK’s leading companies, such as Vodafone, Asda, Mercedes-Benz, MBNA, Lloyd’s and many more taking part in 23 different sports.

The team consisted of Amardeep Panesar, Henry T. Gaspard and Harpour Williams, competed in Division 1 for teams of 1-5 athletes.

Competing in the ladies singles 30-39 age category, Amardeep won her group event to make it through to the finals where she played against Sam Stow from Asda Stores Ltd, who she had narrowly beat in the earlier group matches. Determined to maintain her winning form Amardeep stormed to an early lead, which Sam was unable to contain. Sam fought back trying to narrow the points gap, and in doing so had to concede the match due to sustaining a knee injury.

This victory earned 8 team points, and combined with her team mates Henry T. Gaspard and Harpour Williams victory in the Men’s 50-59 doubles beating George Joseph and Bill Torch of Lloyd’s Banking Group in straight games earned a further 8 points. Harpour Williams earned 7 more points as the loosing finalist in the Men’s 50-59 singles, where he lost to George Joseph in straight games.

As a result of this fine performance, Black Arrows finished 3rd in Division 3, with 23 points, and 6th overall in the Badminton event, a tremendous achievement for a team of 3 players.

All event winners will automatically receive a FREE entry to the World Corporate Games to be held in Houston Texas in November 2017. 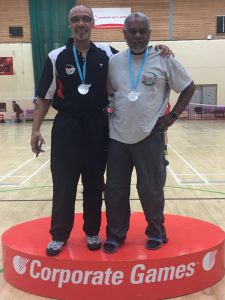 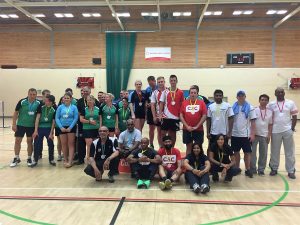 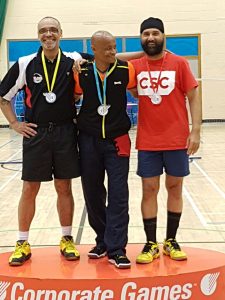