20 players were in attendance and 3  doubles competitions were held,  for secondary and primary aged pupils and a secondary and primary combined. Competition in all 3 events was fierce, will competitors wanting to get their hands on the silverware and prizes up for grabs, donated by club sponsors KARAKUL UK.

The primary and secondary competitions were run as a round robin event with medals presented to group winners and runners up. The primary event and gold medal was won by Melvin and Aishah, with Jake and Manushri winning silver.

The secondary event was won by Amal and Nithin with Gloria and Lucas second picking up a silver medal.

The secondary and primary combined was played as a knock-out tournament, with secondary age pupils paired with a primary aged pupil. The winners of this event was Lucas and Manushri with Amal and Gabriela finishing in silver medal position. Medals were presented by Black Arrows volunteers Aaliyah, Nam, Nadeem and Daryl, who have been assisting with coaching and running the session. 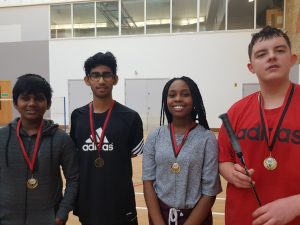 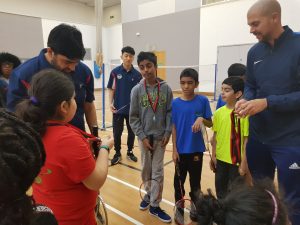 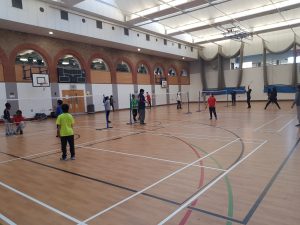