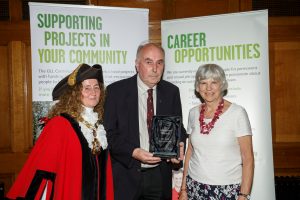 I was very privileged to have been invited by Sport Islington, http://www.sportislington.co.uk to tell everyone of David’s incredible commitment to sport, especially Badminton throughout nearly half a century. David has served on the Sport Islington committee as vice chairman for the past 11 years when the organisation was set up, where he offered support and guidance to clubs and organisations as well as helping to shape Sport Islington aims and objectives.

He frequently contacted me after a meeting to tell me what had happened there and what a great deal of passion there is for all sports in Islington and how youngsters are being encouraged, inspired and supported to pursue their chosen sport, and also of the valuable work carried out by Henry T. Gaspard of Black Arrows Badminton Club and Tariq Shamsudeen of Sobell Badminton Club, and other partners of the Islington CBN in the development of Badminton in Islington.

Everyone who has known David as a badminton player will remember him for his amazing cross court backhand drop shot. I remember a couple of my team playing against him, asking me if it was legal as they had never seen such a shot! 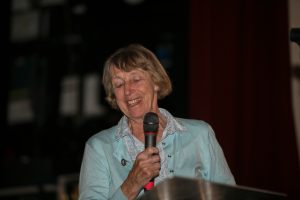 David has been secretary at Middlesex  CBA http://www.middlesexbadminton.co.uk since 1971, an incredible 46 years, a record, I suspect, which will not be broken. David has represented Middlesex as a Delegate at Badminton England meetings in Milton Keynes,  he is also President and Chairman of The London Federation of Sport.

Despite David no longer driving due to mobility issues, he is still able to make the various journeys to meet his various voluntary commitments representing a wide range of organisations.

The award recognised and demonstrated David’s phenomenal dedication and loyalty to sport in Middlesex, London & Islington.